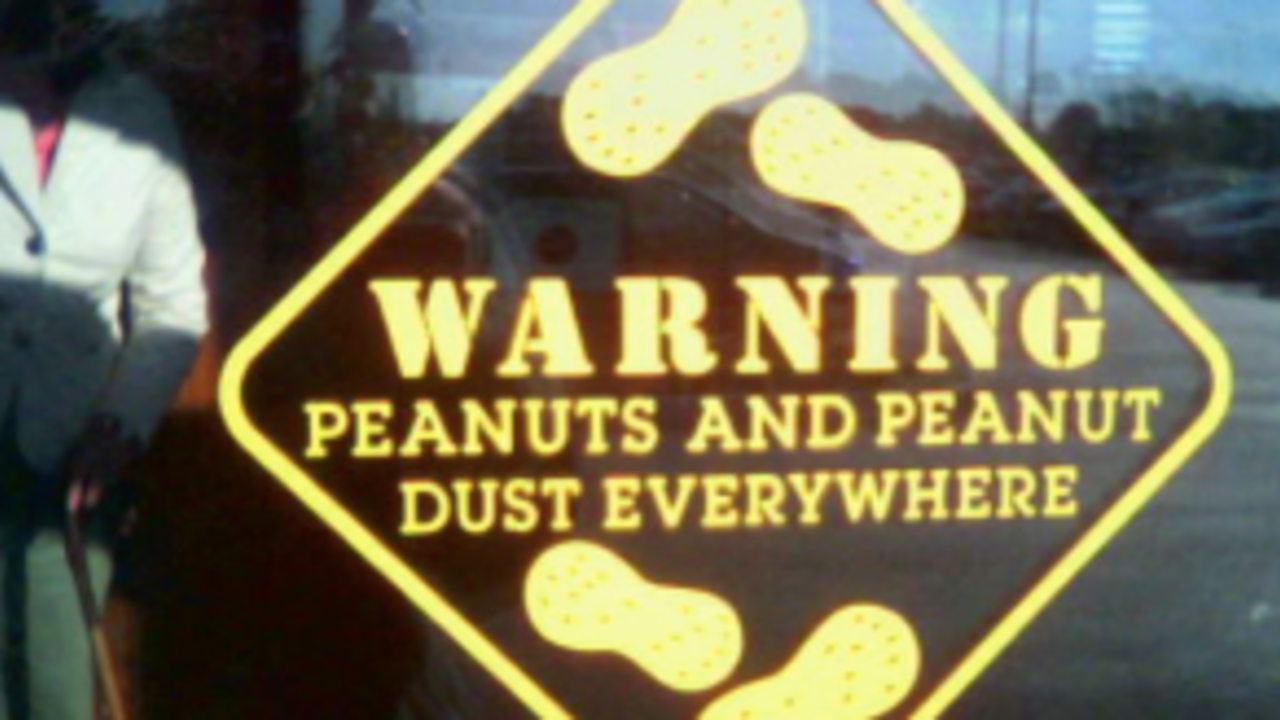 When peanuts became such an allergy issue, an entire market opened up... peanut-free everything.  Now most schools and even school boards are placing nut restrictions on student lunches and snacks to protect those who are severely allergic.

It's not just nuts anymore, though.

This study shows that milk and eggs are more worrisome food allergies for caregivers than are nuts (1).   "...because eggs and milk are everywhere, and used to prepare so many dishes, caregivers with children allergic to those two ingredients feel more worried and anxious."

And allergy aside, food reactions span an even broader range than that. Food sensitivity can cause digestive pain, skin outbreaks, hyperactivity, swelling, sleep disturbance, anger outbursts, and more.

How do we know? Because when we take them out, symptoms recede.

It can be downright terrifying trying to feed your child once you learn about the vast array of symptoms that can be caused by a food reaction.

I mean, if you find out that grapes and sesame seeds cause your beautiful child to break out in a rash and start bouncing off the walls?  What is that and how is it possible???

But fear is something we need to carefully manage as parents. It can easily get out of control.

So let's go deeper into food reactions and understand them a bit better.

When we have knowledge we can find strategy. And when we have strategy we find hope and confidence.

Allergies Aren't The Only Kind Of Food Reaction

In the 1960s it was discovered that the immune system had various different types of workers, called immunoglobulins. Shortly after this discovery, the definition of allergy was narrowed to include only adverse reactions caused specifically by activation of a particular immunoglobulin, the immunoglobulin E (or IgE).

Symptoms of this kind of reaction usually appear immediately or soon after exposure to the allergen and usually include some type of swelling, rash, hive, itch and increased mucous production, largely due to the body’s release of a chemical called histamine.

Anaphylaxis is a severe type of IgE-mediated allergy that involves a massive release of histamine and other inflammatory chemicals causing systemic swelling, mucous production and a drop in blood pressure. It can be life-threatening if adrenaline (aka Epipen) and antihistamines are not given.

To diagnose this kind of "true allergy" you can ask your doctor to send you to an allergist who will look for the presence of IgE antibodies in the blood.  The treatment is either avoidance of the trigger, some type of re-training of the immune system (to be followed by your allergist), or regular use of antihistamines for symptom management. Re-introducing foods needs to be done in consultation with your allergist.

This is where there is some disagreement and controversy. A food sensitivity is a situation in which you observe an allergy-like reaction, but testing reveals no IgE antibodies. I use the term food sensitivity for this, though you might also hear the term “intolerance” or “reaction” used as well.

Some holistic doctors will run a blood or stool test to find out if the body’s IgG and IgA antibodies are over-reacting to certain foods. If they are, it tells us that those foods are a possible source of inflammation.

It’s important to know that tests for these antibodies are not diagnostic - rather, they are a guide for experimentation.

I find that some kids show immediate improvement when IgG- and IgA-reactive foods are taken out. More often than not though, taking these foods out is only part of the solution. We also need to work on our other pillar - nourishment and digestive support to really see improvement.

Zonulin level is another useful bit of information. Zonulin was recently discovered as a protein that regulates the permeability of the intestinal wall and the blood-brain barrier. If zonulin is high and IgG/IgA levels are high, it’s more likely your child will do better removing the foods indicated in the sensitivity test.

Since this is not an IgE reaction, as we improve the resilience of the body those foods that were causing the irritation can often be introduced again without continuing to bother these arms of the immune system.

This kind of reaction involves a lack of enzymes, bacteria and sometimes nutrients needed to break down certain food compounds. They will not be found on allergy or sensitivity tests because immunoglobulins are not involved.

Here are some examples of food reactions that don't involve the immune system directly:

Lactose intolerance is when there is not enough of an enzyme called lactase to break down the natural sugar in milk (called lactose). Undigested lactose gets to the colon where it ferments and causes gas, diarrhea, cramping and bloating. FODMAP intolerance follows the same pattern - it's when a broader range of carbohydrates, beyond lactose, are poorly digested. Take out the carbohydrates and symptoms resolve.

The so-called Chinese Food syndrome was observed when people would get a headache after eating Mono-Sodium-Glutamate (which used to be often used in commercial Chinese food). In fact, you'll find MSG in many processed foods, most commonly as an additive in prepared sauces. You'll also find high levels of glutamate in many natural foods like bone broth, fermented foods and some cheeses. Glutamate - whether naturally occurring or from additives - can directly irritate the nervous system and contribute to headaches, anger, anxiety and irritability.

Oxalates occur naturally in many healthy foods including almonds, spinach and blueberries. If oxalates build up they can form crystals and cause problems. Oxalate crystals are most well known for their role in kidney stones, but new research is showing that they can cause all kinds of problems in the body including pain, delayed speech, fatigue, burning feet, bedwetting, anxiety, eye pain and more. You can test for oxalate accumulation using the Organic Acids Test - it’s not a 100% reliable indicator but it can be a guide. Genetic variants, absence of certain gut bacteria and nutrient deficiencies can lie at the root of oxalate build-up. Unlike other food irritants, oxalates must be removed gradually and you don't see improvement immediately - you need to be on a low oxalate diet for at least six months before you can decide if it's helping.

Like glutamate, these are naturally occurring chemicals found in foods can cause direct irritation when they’re not broken down well.

Yea.. it's a lot. If you have reached a plateau with food sensitivities, these chemical sensitivities are the next to look at. They are particularly common in kids on the Autism Spectrum. They also tend to run in families.

In my book, Raising Resilience, you'll learn why food allergies and sensitivities are both on the rise and, most importantly, why cutting foods out is a temporary solution -  life-saving and totally necessary in the case of True Allergy, but a bandaid when you consider the entire picture.

I am by no means saying that we should not protect highly allergic children from exposure to allergens. What I'm saying is that we have to look for ways to stop this allergy train from speeding off the rails like it is.

Here's What I Think Parents Should Do...

From day one (actually from preconception, but most of us already have kids, so let's start from there) we should be thinking of two things when it comes to our kids' health: supporting their digestive system and supporting their immune functions.

Some of the ways we can do that:

If you're seeing troubling symptoms in your child - be they respiratory, behavioral, gastrointestinal, or whatever - talk to your primary doctor about allergies and your functional practitioner about sensitivities. Either is a possible contributor.

What's most concerning to me is what the allergy epidemic is telling us about the immune and digestive function of our kids: they are eroding.  And without them, where would we be?

Reference: Food allergy on the rise

Related: Is Early Introduction To Gluten A Good Idea?

Related: What is Raising Resilience All About?